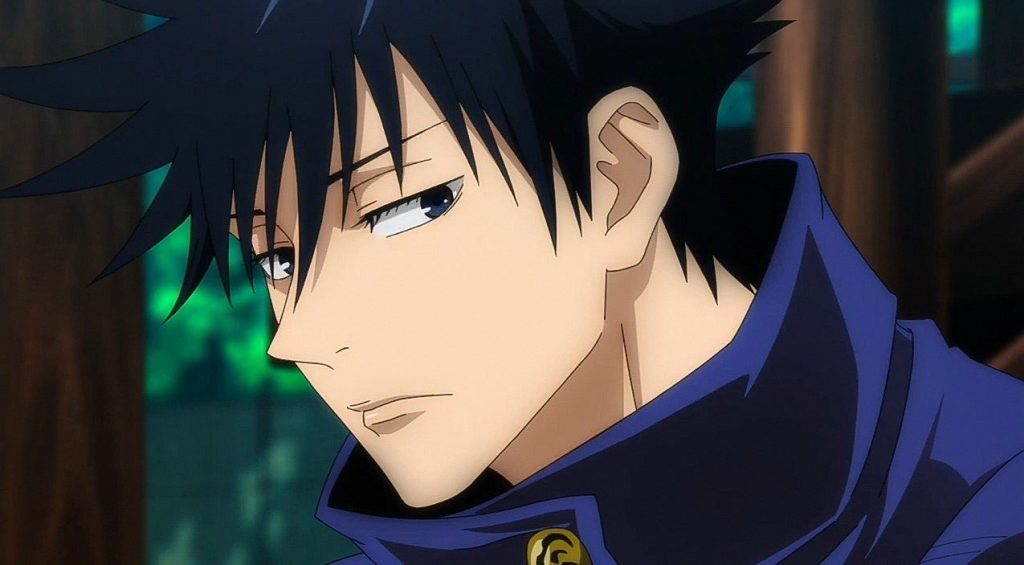 Jujutsu Kaisen is a manga and anime series that focuses on a world where Cursed Spirits feed on humans, and fragments of the legendary demon Ryomen Sukuna are scattered throughout the land. If any of these curse-infected pieces of Sukuna’s body are consumed, their power could destroy the world as we know it. Fortunately, a mysterious school of Jujutsu Sorcerers works to protect humanity from supernatural threats. These warriors use ancient techniques and powerful magic to protect the living from the supernatural, relying on their training and skill to overcome any threat.

The show has several interesting characters. Megumi Fushiguro is one of the main characters of the anime.

Megumi Fushiguro is the secondary main character of the anime series, Jujutsu Kaisen. While he is a first-year student at Tokyo Jujutsu High School, he is also a grade two Jujutsu sorcerer. The latter is a rare distinction, and only the top students at the school can become grade two.

Megumi primarily uses curse energy to summon familiars. His powers allow him to fight and defend humans from these spirits. They also allowed him to play a crucial role in aiding his friends and allies as they combat the forces of darkness.

Megumi Fushiguro’s father is Toji Fushiguro. He is also Tsumiki Fushiguro‘s stepbrother. Even though he is a descendant of the Zen’in clan, he was born outside the family. His aunts are Maki and Mai Zenin.

Satoru Gojo mentored Megumi Fushiguro and helped him enter Jujutsu High. He became a Jujutsu sorcerer to support himself and his half-sister.

Megumi is a slim and tall young man. He has dark blue eyes and fair skin. And his black hair is uniquely styled with long spikes coming out of the back. Since he’s a student, he wears the standard uniform of Jujutsu High School.

His name is traditionally a female name in Japan. Its rough translation is grace or blessing. Megumi Fushiguro does not consider himself special and thinks he’s at the TokyoJujutsu High School to fill a role. But he got the name since he’s expected to do something great in the future as a Jujutsu sorcerer. His strange disposition does not reflect his name. But the people around him agree that Megumi is a blessing to everyone.

Megumi has a stoic and aloof personality. He is also a calculating individual who sets a serious tone in all situations. His personality contrasts with that of Nobara Kugisaki and Yuji Itadori. His two friends have goofy and outgoing personalities. Similarly, Gojo Satoru has a playful and nonchalant personality. Megumi was not keen on Satoru’s attitude and did not find it interesting to become a sorcerer. Megumi believes that it’s pointless for him to become a sorcerer since he is not a person who saves other people. At this point, Megumi lacks the motivation to become a sorcerer.

Megumi is also an avid reader of nonfiction books, unlike Yuji. This relaxed hobby reflects his intelligence. Reading books is a mentally intriguing activity that allows him to gain more knowledge. He is also particular when it comes to food. He prefers food that goes well with ginger and dislikes bell pepper.

Even though he was not interested in making friends, Megumi believes a person must avoid violating another person’s dignity. Megumi’s belief in the principle caused him to beat up bullies and gained him a reputation as a troublemaker. He hated bad people but was good to people who helped others.

Megumi Fushiguro considered Tsumiki as the best example of a good person. But he also felt annoyed when she got upset when he hurt bad people. He eventually realized that it was Tsumuki’s way of protecting him. She would check on her brother often to see if he got into a fight.

When Tsumiki got cursed after visiting Yasohachi Bridge, Megumi Fushiguro became motivated to enter the Jujutsu world. He wanted to become the strongest sorcerer to save his stepsister.

Megumi has good potential as a grade-two sorcerer despite his young age. He inherited the Zenin clan’s Ten Shadows Technique. Even Satoru recognizes the possibility of Megumi equalling his power. Satoru believes that Megumi could become more powerful than he is if he trains under the same teacher and surpasses Yuji’s strength.

Megumi is focused and disciplined. He is also level-headed, even in the middle of a fight. Kamo Noritoshi described him as a genius who doesn’t need any report cards but his ability and skill.

Megumi Fushiguro is not afraid to get close to his opponents. He is also stronger than other people his age and can easily beat human bullies alone. He is also fast and graceful when he’s fighting. He was able to destroy a curse using his bare hands. Mai Zenin trained him in close-quarters combat.

While he is an expert hand-to-hand combatant, he prefers using weapons in a fight. Despite his preference for using a weapon, he overpowered the Finger Bearer after his sword got broken. Megumi achieves this after summoning a shikigami.

Megumi received weapons training from Maki Zenin, considered the best cursed-tool user at the school. Megumi keeps different weapons in his shadow, allowing him to swap different cursed tools at any time. He started training with a polearm before using a tonfa during the Goodwill event.

When facing a life-or-death situation, he usually uses lightweight one-handed swords. These weapons are easy to store and keep his hands free if he needs to summon a powerful shikigami. The one-handed blade remains his weapon of choice and incorporates its use when he fights at close range.

Despite being human, Megumi has a high tolerance for pain and exceptional stamina. He also has an impressive durability level. He can survive direct attacks from a special grade curse. While Todo and Sakuna beat him, he did not pass out in the two instances. Instead, he did back down from the fight.

Megumi even continued standing after Hanami hit him with a cursed bud. The curse injured him and affected his cursed energy. But his will to fight continued.

Megumi Fushiguro is among the most intelligent characters in the anime. He is a cerebral fighter who aims to outwit his opponents rather than using pure power. He assesses threats in the situation and deals with them strategically. He can find clever ways of dealing with different situations to allow him to come up on top.

When Megumi Fushiguro became a sorcerer, he had a personal interpretation of right and wrong. He resisted traditions and refused to be influenced by them. Megumi even protected Yuji after discovering that he could incarnate Ryomen Sukuna. Protecting Yuki came at the request of his mentor, Satoru.

Megumi has an elevated level of cursed energy. He is also a shikigami user, which makes summoning shikigami easy for him. He can summon three shikigami simultaneously. His overall cursed energy level is so high that he can conjure a domain. During the Shibuya Incident, he was able to use shikigami before and after casting his domain. Even after he dispels the domain, he can still summon Divine Dog using his last cursed energy. The situation shows the energy level Megumi has to use for his cursed techniques.

As a Zenin clan member, Megumi inherited the Ten Shadows Technique. The technique allows him to summon ten potential shikigami and an incomplete version of the Chimera Shadow Garden. The shadow helps him manipulate and summon shikigami at will. The shikigami that Megumi can summon includes the Rabbit Escape, Nue, Divine Dogs, Great Serpent, Toad, and Max Elephant.

Megumi and Nobara were not close friends when they first entered the school. But after Yuji’s demise, they became closer after losing a friend in battle. But this closeness did not give any indications of love.

When they joined the Kyoto Sister School Goodwill Event to commemorate their fallen comrade, Megumi had to answer the question about the type of girls he liked. He appeared disinterested and responded that he had no preference as long as the partner showed compassion. So, it does not appear that Megumi has any love interest.

The Shibuya Incident saw Megumi using his failsafe cursed technique to defeat Haruta Shigemo. Summoning Mahoraga was his trump card in ending the incident. He was ready to die, confident that the curse user would join him. But he was only in a state of suspended animation after Sukuna healed him following the incident.

Jujutsu Kaisen is an impressive manga that was later adapted into an anime. Its adaptation was announced on November 25th, 2019. Written and illustrated by Gege Akutami, it soon became one of the most popular shows in the world.