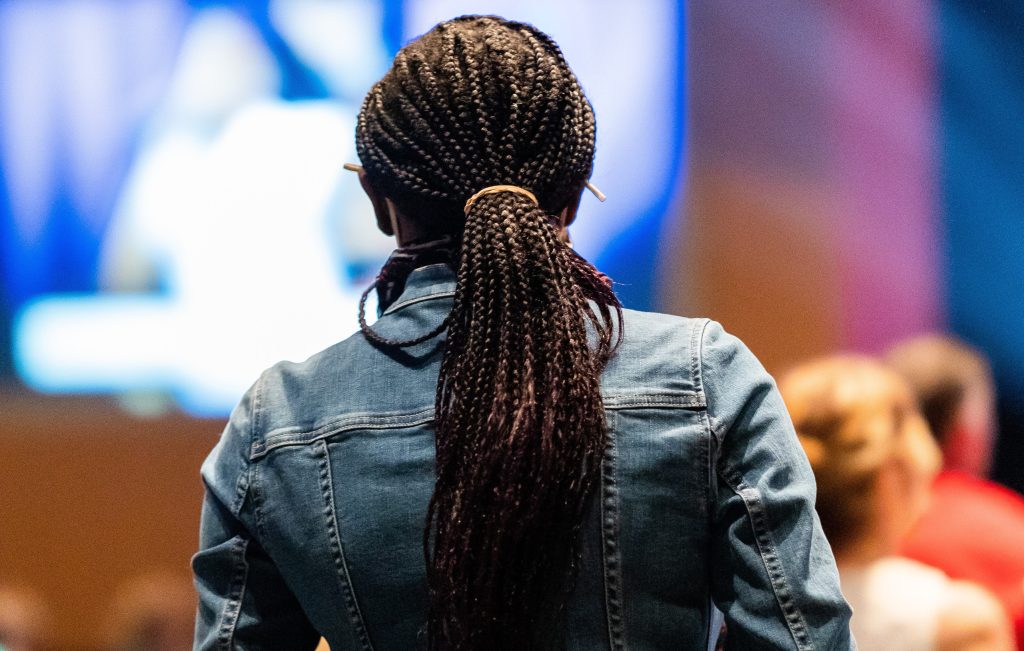 Is a Braided Ponytail Culture Appropriation?

From D&G’s controversial campaign showing a Chinese model eating pizza with chopsticks to the Kardashians wearing cornrows and getting called for it, the entertainment industry is no stranger to cultural appropriation controversies.

However, out of all cultural appropriations, getting braids seems to raise a lot of debate. Among the topics that repetitively come up are braided ponytails.

In this article, we’ll shine a light on the following questions:

What is Cultural Appropriation?

Cultural appropriation is the act of taking or using elements of another culture without permission or understanding of the cultural context. It can be done innocently, out of a desire to learn about or show appreciation for another culture. However, it can also be done insensitively, with a lack of regard for the people who hold that culture dear.

Cultural appropriation can be harmful because it can lead to the misrepresentation and mistreatment of marginalized cultures.

When cultural appropriation occurs, the people who are appropriating often do not have to deal with the negative consequences that can come with belonging to that culture. They can benefit from the positive aspects of the culture while avoiding the negative aspects or the weight of wearing that symbol. This can lead to a one-sided view of the culture being appropriated and can result in harmful stereotypes and misconceptions.

Cultural appropriation can also be harmful because it can take away from the opportunities for members of marginalized cultures to represent and celebrate their own cultures.

What is the cultural meaning behind braids?

Braids have been around for centuries, with different cultures all over the world sporting their own unique styles. From intricate cornrow designs to simple three-strand plaits, braids are a popular way to wear your hair.

Records dating as far back as 5000 years ago have shown that braiding is an integral part of African cultures. It’s been used to define different tribes, social statuses and other classifications. It’s also been used to map out escape routes for slaves.

Today, some cultures use it to celebrate and honor their ancestors.

Not all braided ponytails can trigger cultural appropriation controversies. Braids have existed for thousands of years and have been worn in many countries around the world.

Common braids like the french braid and fishtail braid won’t cause any issues. However, it’s important to know that wearing braids of any form isn’t a bad thing if you’re coming from a place of appreciation.

Being mindful of other people’s cultures is important. Cultural appropriation is only an issue if other people are poking fun at a culture or using it for their own gain. On the other hand, cultural appreciation also exists.

Why is cultural appropriation in braids an issue?

South Africa is home to some of the most intricate and beautiful braided hairstyles in the world. For many years, South African women have been using braids as a way to express their identity. Braids are often seen as a symbol of beauty, strength and wisdom.

But this was not always the case.

Aside from its rich significance in Africa, there was a time when African-Americans were forcibly brought to North America and their hair was heavily politicized. There was even a point in time when they had to legally cover their hair.

There were a number of anti-hair discrimination bills that had to be passed so they can wear their hair comfortably. This is a part of history. However, this isn’t the only issue here.

There are also discriminatory events. Like the time when Zendaya wore dreadlocks to the Oscars and Giuliana Rancic’s immediate comment was that the actress must smell of ‘patchouli’ or ‘weed.’ Meanwhile, we see Kylie Jenner wearing dreadlocks or cornrows and it’s seen as fashionable.

Braids have come a long way since their humble beginnings. Today, they are worn by people of all cultures and backgrounds as a way to express their individual styles. However, it’s important to be mindful when wearing them.

What cultures include braids?

In France, hair braiding is seen as an art form. French women take great pride in their appearance and often spend hours perfecting their hairstyles. Braids are a popular choice for special occasions, such as weddings or balls.

In medieval times, braids were often used to indicate a person’s social status. Wealthy women would often have their hair braided in complex designs, while poorer women would stick to simpler styles.

In Japan, hair braiding is known as “Kanzashi.” Kanzashi are ornamental hairpins that are used to decorate a woman’s hair. Braided hairstyles are often worn by Japanese women on special occasions, such as weddings or tea ceremonies.

What braids can you do without being culturally offensive?

There is no definitive answer to this question as it depends on the culture you are borrowing the hairstyle from and how you wear it.

If you are unsure, it is always best to err on the side of caution and consult with someone from that culture before wearing a specific hairstyle. Additionally, avoid wearing any hairstyle that is traditionally associated with a specific cultural group (such as dreadlocks or cornrows) if you do not belong to that group. Doing so could be seen as offensive or appropriative.

PrevPreviousHow to Improve Your Fashion Blog with These Six Skills
NextHalloween Costumes: 22 Ideas for Your Upcoming Halloween Party (2022)Next