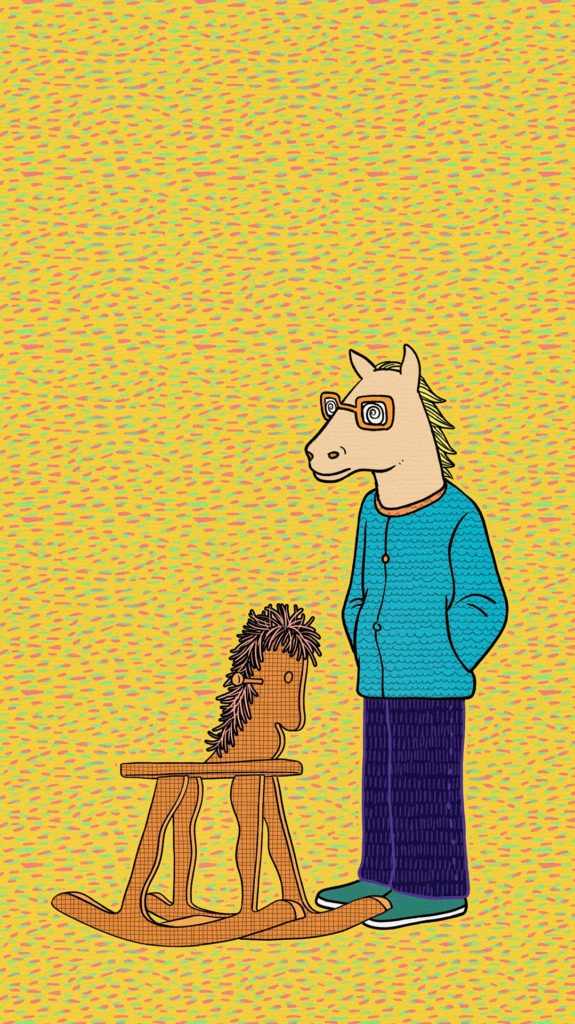 Bojack Horseman: What We Can Learn from Animals Acting Like Humans

Bojack Horseman is a show that has animals as the main characters of the show. What’s interesting about it, though, is how heart-warming and in-your-face it portrays human existence and mental health. It’s like an existential horror story. But at the end of the day, the show tells you that it’s going to be okay.

On August 22, 2014, a show featuring a half horse, half man as the main character aired on Netflix. The universe of the show consists of humans and human-like animals living in “Hollywoo.” Bojack’s talent manager is a cat. His rival in the industry is an incredibly cheerful dog. His best friend is a human being crashing on his couch. The character design for this show can verge on a postmodernist genius.

Bojack is everything one might dislike in a person. His career peaked with his sitcom ‘Horsing Around’ then his life went downhill from there. He lives in an LA mansion, dealing with alcoholism, jeopardizing relationships, and messing up catering services at parties.

After 6 seasons of Bojack discovering the intricacies of relationships, existential dread, and mental health, he finds himself taking accountability for his actions. With a new vision in life, he makes amends with every character he has hurt. Some have forgiven him, while others continue to live a life without him.

Lessons from the Half man, Half horse

1. Character development is not linear

Bojack Horseman goes in circles as he tried to be a better person until life knocks him down really hard. Sometimes, he confronts these adversities. Sometimes, he runs away from them through various unhealthy means.

Storytelling dictates that character development is essential, but the character’s change should also be organic. The character should react to the situation and events in the story, and that’s what happens in Bojack Horseman. Even then, the character realizes that he cannot escape accountability. Ironically enough, he realizes this because of the same harshness of the adversities he faces.

2. People can’t control how their relationships turn out.

The distinct turn that happens from the first season of the show and the last episode is Diane Nguyen—a writer who becomes one of Bojack’s closest friends—and Bojack’s rooftop conversation. In the first season, the two characters have a bleak outlook in life—that life is meaningless, and that’s what bonds them. This changes in the last episode as Bojack accepts the cold hard truth: Diane’s life is happier and better without Bojack in it.

This is a difficult thing to accept, but people change, and that change sometimes doesn’t include oneself. The best thing one can do is to allow the other person to proceed to the next chapter of their life. Lastly, the most important and most apparent of them all…

Whether it be trauma or other underlying mental health issues, one’s recovery and healing shouldn’t be at the expense of other people’s well-being. Like Bojack, there is hope for everyone who is willing to face accountability for their actions. When all is said and done, what matters the most is the changes you’re willing to face to become better. As the Bojack Horseman quote goes: “It gets easier, but you have to do it every day.” Therefore, choose to heal and improve. Choose yourself every day.